IDA for macOS is now available as a native ARM64 binary which can make full use of the M1 chip’s incredible performance.

It is hard to overstate just how much IDA benefits from the new speed boost. Autoanalysis completes much quicker, the UI is noticeably snappier, and almost every other feature in IDA seems smoother when running on M1. Our beta testers reported that IDA 7.6 is “incredibly stable” and “way faster” on Apple Silicon – so it seems our excitement is not misplaced.

The native ARM build of IDA is available for free to all owners of an active Mac license (including IDA Home users).

The Go language (aka golang) from Google is getting popular thanks to its ease of use, performance, and self-contained binaries not requiring dependencies. Due to some of the language designers’ decisions the golang binaries are quite different from those produced by other compilers and some changes were required in IDA to properly support its peculiarities.

parsing of golang-specific metadata to recover function names and boundaries

support for stack-based parameters and return values even on platfoms that usually use registers (ARM, x64)

Here’s an example of how a stripped golang binary for ARM looks like in IDA 7.5:

Almost twice as many functions were recovered and named.

Although interactivity is IDA’s selling point, it still tries to do as much as possible to automate mundane tasks. With this release the decompiler will try to automatically assign names to variables and structure fields based on assignments and function calls.

arrays on stack can be difficult to detect automatically since usually only their first elements are referenced explicitly. We have added heuristics which recover arrays in many typical situations, reducing the need for manual intervention.

If you add GENERATE_EMPTY_LINES = YES to hexrays.cfg, the decompiler will add extra empty lines between compound statements and before labels, which improves readability of long functions.

RISC-V is an open ISA which is starting to become available in various hardware such as the latest iteration of the Espressif Systems wireless platform, ESP32-C3.

RL78 from Renesas is a 16-bit descendedant of the 8-bit NEC 78k0(s) family previously supported by IDA and is used in various automotive and consumer applications.

We also added some new functionality to enrich bookmarks management in the UI.

As before, you can use Alt-M/Ctrl-M to add/jump to a bookmark, but now you can also use Ctrl-Shift-M to bring up a separate bookmarks view with the global list of bookmarks that can be grouped into folders:

Also, bookmarked addresses will now be highlighted in the disassembly. You can use Options>Colors to change the highlight color to whatever you want:

The Strings list is now cached in the database. The Strings window is one of the most commonly used views in IDA for quick reconnaissance. However, depending on the settings it can take a long to to scan the whole database which had to be repeated each time on reopening the window or reloading the database. Now we cache the list so opening it the second time is almost instant.

In the recent iOS and macOS versions, the kernelcache files are compressed. Although there are tools available which can decompress them, it’s one more thing to remember. Now IDA handles the standard compressed formats transparently so you can simply load them as standard Mach-O files. Since IDA can also handle ZIP files, you can open them directly from the IPSW updates!

Retpoline (return trampoline) is a compile-time mitigation against the Spectre speculative execution vulnerability disclosed in 2017. Binaries compiled with this option use special thunk functions for indirect jumps which tend to break standard control flow analysis. IDA now detects and handles these thunks transparently, resulting in nice and clean function graphs and pseudocode.

Python 3.9 was released after IDA 7.5 and changed the layout of some internal structures leading to crashes in scripts or plugins using PyQt. IDA 7.6 adds official support for 3.9 (while still supporting previous 3.x versions and 2.7). Python 3.9.1 is also officially available for macOS on ARM64 and can be used by IDA there.

NB: some items may have been already mentioned in IDA 7.5 SP1-3 release notes

68K: display ranges of Dx and Ax registers explicitly in the movem instruction

AVR: support AVR XMEGA family chips which do not have general-purpose registers in data memory (contributed by Lukas Kuzmiak from insighti)

PPC: improved recognition of switches that use clrlwi to mask off the number of cases

MACHO: parse LC_DYLD_CHAINED_FIXUPS for arm64e binaries. this should heavily improve the analysis for iOS 14 binaries compiled with Xcode 12

dalvik: added option JDWP_WAIT_FOREVER to wait for JDWP reply infinitely, this helps to debug the shared library of Dalvik application

improved handling of corrupted IDBs: detect when a function object is missing and try to fix it

types: allow specification of stack offsets of function arguments (with __usercall); also, return location can be on the stack

types: if applying a function type to data which can be a pointer (e.g. dword or qword) then convert the type to a function pointer

TIL: add _PEB_LDR_DATA to the standard “undocumented” structures for mssdk_* tils

TIL: added type libraries for xnu-7195

UI: added a database cache for the strings list

UI: added NAVBAND_FORCE_GAPS option (defaults to NO), to control whether the navigation band should display gaps between adjacent segments

UI: added the “Clear…” action to the string list window

UI: bookmark list can be opened as separate non-modal view which supports folders

UI: bookmarked lines are highlighted with their own customizable overlay color

UI: in folders, add cut & paste as an alternative means of moving items around

UI: it is now possible to expand/collapse multiple folders at once, using Ctrl+Numpad+/Ctrl+Numpad-

UI: save the xrefs window position in the text UI

UI: the navigation band now highlights the segment the mouse is currently hovering

UI: the quick filter (in the tabular, or folders views) can be targeted to only 1 column, or all of them (the default)

UI: The “Create Struct From Data” command will now use demangled method names for the new structure members if used on a vtable (list of function pointers)

UI: Using T(structure offset) on a struct member and picking another struct, sets its type to “struct *”

golang: new plugin to parse and use metadata produced by the Go compiler and Go-specific idioms (pclntab, fixed-length string literals)

OBJC: plugin will now put all decoded Objective-C types in an “objc” folder in the Local Types view

PDB: Network communications while looking for PDB file can be restricted (option PDB_NETWORK in pdb.cfg)

swift: enabled swift plugin for elf files too, since they can be encountered in the wild

decompiler: add an intrinsic function for the x87 fbstp instruction

decompiler: added an option to decompile library functions too

decompiler: added mba_t::set_maturity, it can be used to skip some decompilation passes (to be used with caution)

decompiler: added option AUTO_UNHIDE – automatically unhide collapsed items in the pseudocode view when jumping to them

decompiler: do not use ‘l’ and ‘ll’ and the loop index names anymore

decompiler: extended the functionality of global xrefs to all local types, not only to udts and enums

decompiler: improved use of return statements, now we create more of them

decompiler: now the decompiler replaces unused call arguments with UNUSED_ARG(); the unused arguments can be marked with the “__unused” keyword

decompiler: optimize bit test operations on variables with a known set of values

decompiler: user-defined cross-references can be used to inform the decompiler about the target of an indirect branch

IDAPython: added an example showing how to color a chooser according to its contents

IDAPython: added an example showing how to use ida_kernwin.create_menu() to create toplevel menus, or submenus

IDAPython: provide an index page for the examples

SDK: added set_vftable_ea() to tie a vftable type and the address of its instance in the idb

SDK: IDA now sends a ‘ui_desktop_applied’ event after a desktop has been applied

SDK: improved create_align() to accept length=0; it will be inferred from the alignment exponent in this case

SDK: introduced fpvalue_t that represents floating point values in internal format. it replaces ushort[6], which means that the source code of some plugins may require changes. however, binary compatibility is maintained 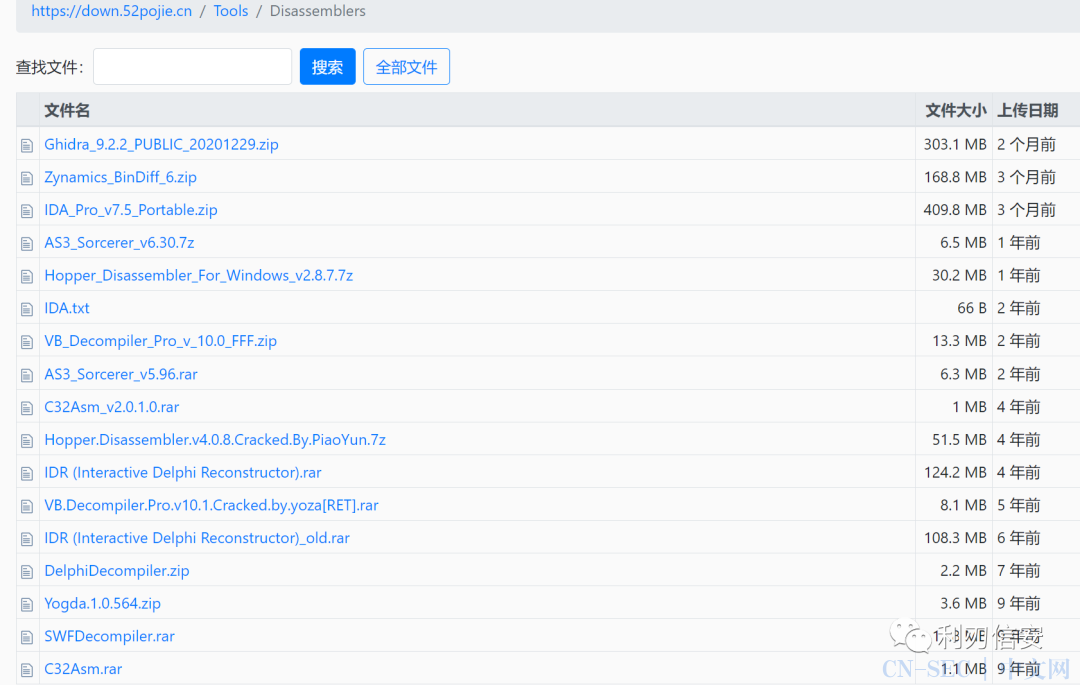